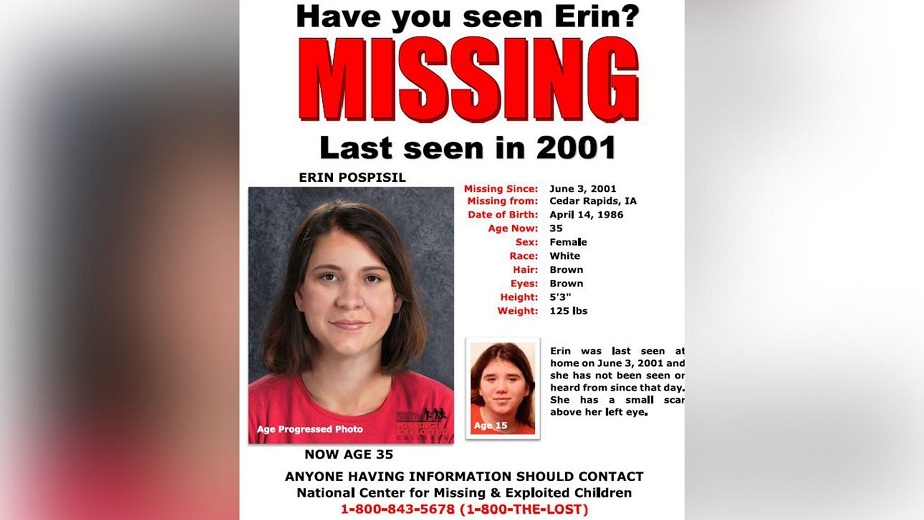 Erin Pospisil went missing in 2001 and no one has heard from her since then.

CRPD released a photo of how she might look today. Erin should be 35-years-old now.

Since a friend of Erin said that she saw her getting into a car on her own will, Erin was marked from the Cedar Rapids Police Department as a runaway for years.

“Erin was last seen wearing beige overall shorts. She has a small scar above her left eye. Erin had red highlights in her hair. She was last seen leaving in an early 90′s model, black Chevy Cavalier,” Cedar Rapids police said in a Facebook post.