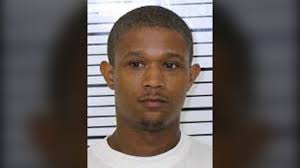 A third defendant has been convicted in the kidnapping and beating death of a man at a Burlington apartment complex.

The two other defendants were convicted in August.

The records say Majestic Malone and Markell Price forced Edward Breuer inside an apartment on March 17 last year after Baldwin accused Breuer of breaking into it.

The documents say Malone and Price carried Breuer back outside several minutes later and laid him in the dirt before Price poured a can of soda over Breuer’s head.

Police: Iowa man shot at landlord and an officer, missing both