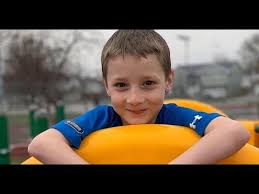 KETV reports officers confirmed they took the driver into custody following the collision at Carson and Franklin avenues around 6:30 p.m.

Police believe a 36-year-old man hit the boy then left the scene in a blue Honda Pilot.

Officers told KETV they were investigating impairment as a possible factor but do not have the results yet.

The man has been released pending the results of the investigation.

Anyone with information is asked to call the Council Bluffs police traffic unit at (712) 328-4948.