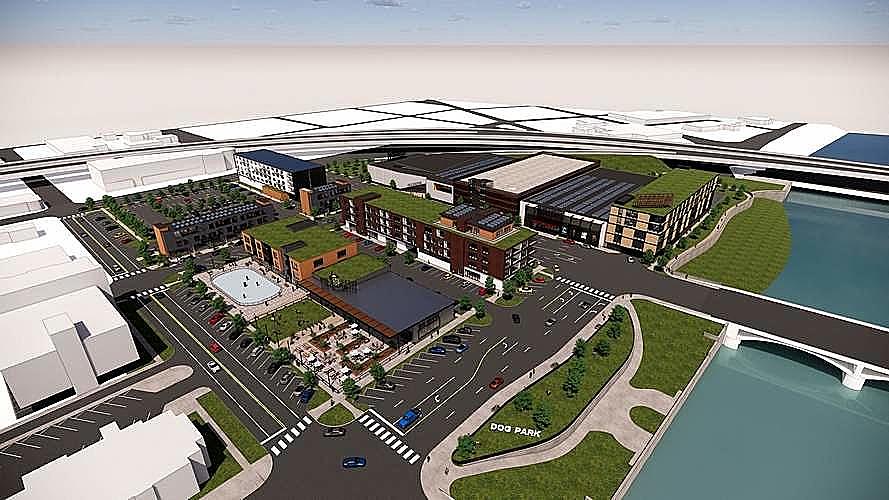 A number of projects in downtown Cedar Rapids have been slowed by the coronavirus pandemic or a lack of funding. Now, the city is hoping funds from the Iowa Economic Development Authority (IEDA) could help get them moving.

According to the Gazette, Cedar Rapids is requesting $39.5 million for what the city calls “transformational development” in the downtown area. The city’s proposal is the largest of ten submitted by cities in Iowa, with Dyersville the only other eastern Iowa city requesting funds. The money comes from Iowa’s Reinvestment District program.

In Cedar Rapids, the city is asking for the money for six different projects, according to the Gazette. They are:

First and First West: The high-profile project at the site where a downtown casino originally hoped to be located at First St. and First Ave. on the city’s west side. Plans call for a family fun center, Big Grove microbrewery and restaurant, and more. It’s a $100 million project. The city council gave City Manager Jeff Pomeranz the ok to negotiate terms in June of 2020.

A high-rise next to the Paramount Theatre: At 3rd Avenue and 1st St. SE, plans originally called for a 28-story building. The building has since been scaled back to 25-stories, which would still be Cedar Rapids’ tallest. Local developer Steve Emerson has been working on funding for the project since the middle of July of 2018. The Gazette says the $73 million project would include a restaurant, grocery store, condominiums, apartments, office space, and parking.
Pump Station at 8th Avenue: Greenspace along 8th Avenue SW could become a place for performances and festivals, and include playgrounds, and outdoor spots with Cedar River views, in addition to restaurant or retail. Plans center around a new pump station and 8th Avenue bridge.

The other two “asks” are for a $4 million 4th Ave. SE plaza with an observation deck and covered stage to accommodate small performances and a $12 million project to bypass the 5-in-1 dam that would allow for more recreational opportunities on the river downtown. It would also make a portion of the river accessible to boaters for recreational purposes.

The main thing we’re going to be looking at is transformation… these are not just wish lists.

That could spell trouble for some facets of Cedar Rapids’ request, with so much up in the air for so many of the projects.

The City of Cedar Rapids says, in total, the projects above represent an investment of over $260 million in the city and would provide almost $7 million in property taxes on an annual basis. A total of $100 million will be awarded by the IEDA.

Cedar Rapids expects to hear in the next couple of months whether or not they’re invited to make a presentation for funding. If that happens, the city’s final application would be due next February.