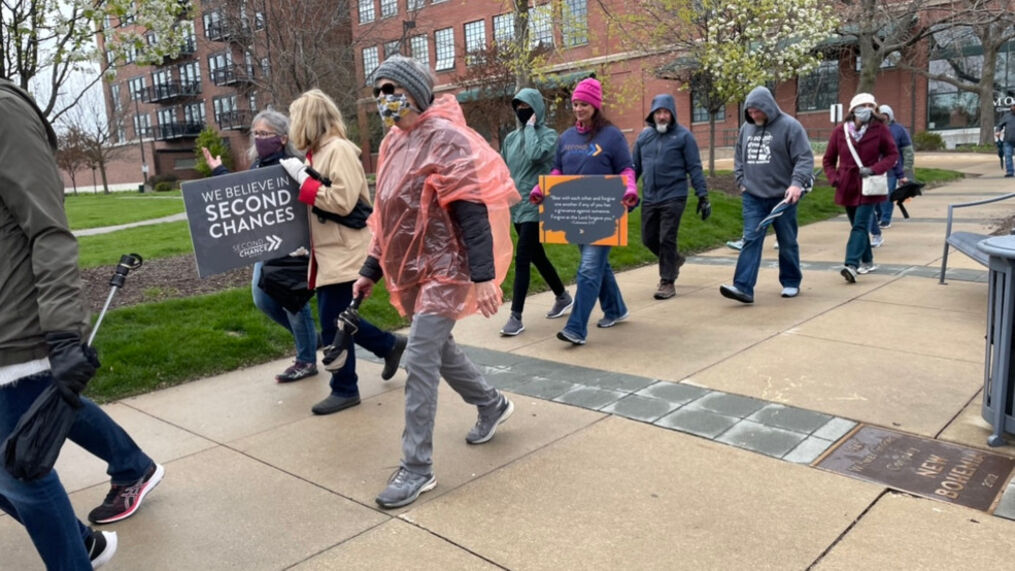 Trent Tuel had spent years in an out of prison. Once he was released, he struggled to find work and a place to live. He would fall back into his old ways because it was comfortable.

“When we get out of prison, we can’t find work. No one will let us rent anywhere. We resort to our old ways to what’s comfortable to us, which is normally stealing, lying, doing drugs,” said Tuel.

Tuel found Hope Community Development Association which has helped him find his way in Cedar Rapids. He is 18 months clean, is a supervisor at his job and in the process of buying a house.

Because of stories like Tuel’s, the prison ministry at St. Mark’s Lutheran Church hosted a prayer walk on Sunday to shine a light on the opportunities for a second chance.

“That’s what we want people to hear. We want to hear that if you give somebody an honest second chance, that we think that their life can be restored,” said Pastor Paul Hennings.

A group walked from Greene Square Park, to Newbo, to the African American Museum of Iowa and then back down town. During the walk, three stop were made. At each one, a speaker told their story of their second chance, and a prayer was made.

“A lot of times the laws are against them. They don’t really have a second chance and as Christians, we believe in second chances,” said Pastor Hennings.

Pastor Hennings said that those who joined the walk on Sunday showed that their is support behind those re-entering the community.

“We need to support folks who are trying to get back on their feet and there’s a lot of great things that are going on around town and this is just another way to support them on this walk,” said Pastor Hennings.