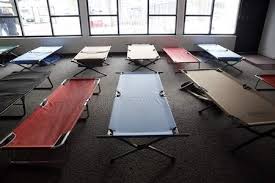 CEDAR RAPIDS, IOWA — Staffers at a Cedar Rapids winter homeless shelter are working with police to reduce problems that have led to complaints from neighbors.

Since the Fillmore Center opened in mid-November to offer a warm place to sleep, police have received 82 calls for service, according to The Gazette. Those calls include 41 for disturbances and 31 for medical needs, as well as others for theft, a warrant and other issues.

Police said there have been 10 arrests, including seven for public intoxication.

That led to neighborhood complaints and an effort by staff to take a firmer stance with rule breakers and plan more activities in the center, which can house up to 70 people.

“I am not sure what all helped the most, but we have seen a decline since we made all of these changes,” said Phoebe Trepp, of Willis Dady Homeless Service, which staffs the shelter.

Police Lt. Ton Robinson said he’s encouraged staff to make clear what isn’t acceptable and to enforce the rules. He noted that most people simply want to sleep.

“It’s a handful of individuals causing most of the issues, causing disturbances requiring a police response,” Robinson said.

Part of the challenge for staff is that the center accepts intoxicated people to safeguard them from dangerously cold temperatures. Many of the homeless are dealing with mental health issues, and when that mixes with alcohol it can lead to difficult situations, Trepp said.

The winter shelter has moved to different sites each year, but officials have discussed making the county-owned Fillmore Center a permanent home.

Copyright 2020 The Associated Press. All rights reserved. This material may not be published, broadcast, rewritten or redistributed.