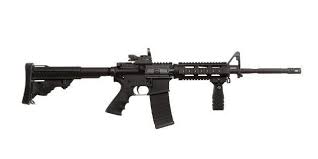 DAVENPORT — A 20-year-old Cedar Rapids man was indicted this week by a federal grand jury for possessing and brandishing an AR-15 assault rifle during a June protest in Iowa City.

Brandon Tumause Owen was indicted on one count of unlawful drug user in possession of a firearm, according to court documents. He is accused of carrying the weapon during a Black Lives Matter protest that drew thousands to Iowa City during the day of June 6, which continued to draw crowds into the evening and early next day.

Iowa City police said they observed Owen carrying an “AR-15 style” rifle in the middle of a crowd around 12:55 a.m. June 7, according to a criminal complaint.

Officers later stopped him for a traffic offense and said they found him to be under the influence of marijuana. Officers also found an AR-15 rifle inside his vehicle. Under federal law, it’s illegal for an unlawful drug user to have firearms.

“Our Constitution protects everyone’s right to peacefully protest against injustice,” U.S. Attorney Marc Krickbaum of the Southern District of Iowa said in a statement. “It does not protect anyone’s right to illegally carry and publicly brandish an AR-15.”

Krickbaum said individuals who commit federal gun crimes will be prosecuted, even protesters.

“The FBI holds sacred the rights of individuals to peacefully exercise their First Amendment freedoms,” Eugen Kowel, the FBI’s special agent in charge in Omaha, said in a statement. “When someone threatens the safety of peaceful protesters, we will step in to protect them.”