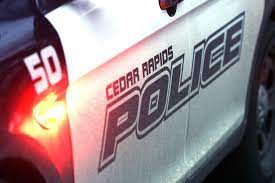 CEDAR RAPIDS, Iowa — After reports of a fight and shots fired near a bar early Thursday morning in Cedar Rapids, police say a 25-year-old man is accused of recklessly using a gun.

Witnesses said the fight started inside the bar and continued outside. Police say they were able to identify Trevor Melsha after witness statements, accusing him of being inside the building during the fight and firing a rounds into the air from a dark-colored truck as he drove by the fight outside the bar.

Police say the found a shell casing near the scene and a woman had injuries but decided not to pursue criminal charges.

Melsha is now charged with reckless use of a firearm, accused of firing a 9mm handgun three to four times while operating a vehicle.

Police say no one was hit by gunfire.