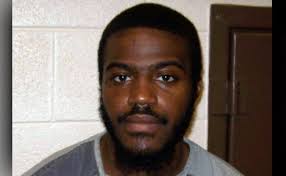 CEDAR RAPIDS, Iowa  – A man has pleaded guilty to second-degree murder, admitting to shooting and killing a man in Cedar Rapids in November 2017.

According to a criminal complaint, investigators with the Cedar Rapids Police Department determined Phillips was allegedly a passenger in the backseat of a vehicle Harris was in. Phillips was allegedly armed with a firearm and shot Harris from the backseat, killing him. Phillips then allegedly shot Harris two more times after pushing him out of the vehicle, and he stole Harris’ wallet and cellphone. The complaint goes on to say that Phillips allegedly planned the attack, with the intent to kill Harris.

Witnesses present at the scene identified Phillips as the person who shot and killed Harris, according to court documents. Phillips also allegedly admitted to police that he was in the vehicle, and the only person in possession of a firearm.

Originally charged with first-degree murder, Phillips now faces up to 50 years in prison. However, because he was 17-years-old at the time of Leland’s death, he won’t have to serve the mandatory minimum before parole eligibility. He is also serving time for third-degree sexual abuse. The sentences will run consecutively.

As part of the plea agreement, other charges, including conspiracy to commit a forcible felony and first-degree theft, will be dismissed.

44-year-old Lloyd Koger is also charged for Harris’ death. He is charged with first-degree murder and is awaiting trial in April.

Iowa lawmaker cited for having gun at airport