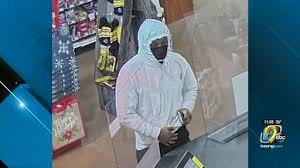 Cedar Rapids Officers responded to a robbery report in the area of Cenex Gas Station at 502 E Ave NW, on December 16th, at 2:53 p.m.

Officers then checked the area of 400 F Ave NW, and located two individuals matching the suspect descriptions.  After being taken into custody, the two suspects were identified as Markeontay Gray, 17, and Mikael White, 15.

They have been charged with robbery in the first degree. The property taken during the robbery was recovered.