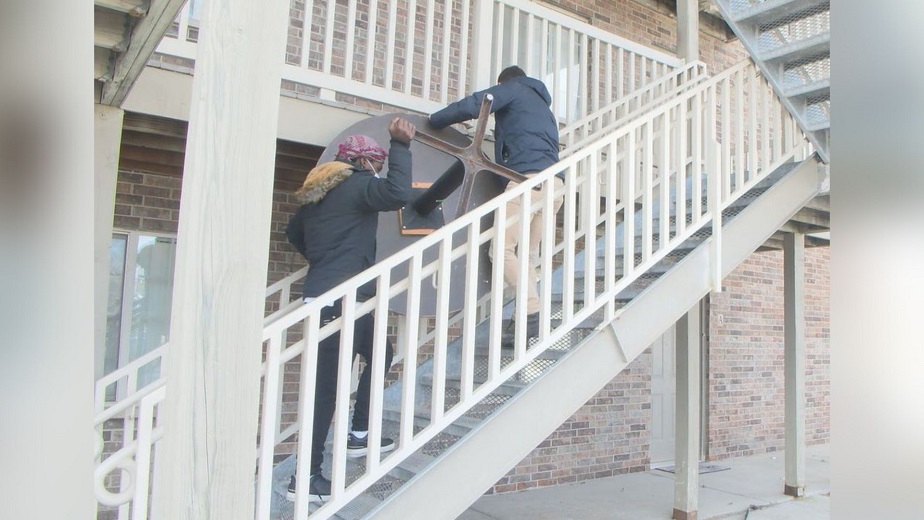 Cedar Rapids, Iowa – Volunteers from Mount Mercy University, the Catherine McAuley Center, and other organizations came together on Saturday to make a home for an Afghan refugee family.

A number of essentials, such as tables, sofas, and chairs, were transported into an apartment. According to David Clower, Resettlement Coordinator at the Catherine McAuley Center, the family should be able to relocate the following week.

He went on to say that the number of refugees arriving at the center has increased “dramatically” in recent months. “Just in the last 4 months we’ve received 250 Afghans. Last year, partly as a result of the pandemic, the Catherine McAuley Center resettled well under 100 individuals. I think last I heard was 35,” Clower said.

Clower also said that there had not been a well-established Afghan community in Cedar Rapids up to this time. “In the past we’ve resettled a lot of refugees from sort of Central Africa. So there is an existing language community. There are grocery stores that cater to them. But the Afghans—who we’ve received a lot of in the last few months—there really isn’t a large existing Afghan population in Cedar Rapids. So we’re working to build those connections and support networks.”

He says his goal is to see “this community come together to welcome folks.” He added, “I want to make Cedar Rapids a home for everybody.”