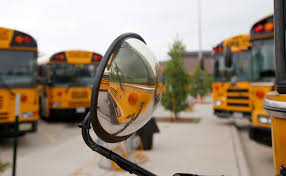 As the countdown to the new school year continues, the Cedar Rapids Community School District (CRCSD) has released the latest on their ‘Return to Learn’ plan.

The plan details outlined by the district include everyone being required to wear face coverings while on school buses and in any school building. According to KCRG, every student in the Cedar Rapids Community School District will receive either a mask or shield while all staff will receive both.

The district also announced plans to decrease the student-to-teacher ratio in classrooms, although that ratio is not known at this time. Eric Christenson, the district’s Executive Director of Elementary Education, said “We don’t know yet how many kids are going to opt for that virtual option, let alone do we know right now how many teachers are going to be coming on site. And so that data right there, those two pieces, will allow us then to start doing — it’s a math game, to be honest with you.”

CRCSD will also enhance social distancing and may put other procedures in place like alleviating crowding with special arrivals and dismissing of students, kids eating in classrooms, and required hand washing.

So what will the district do as far as students in schools? KCRG reports that Cynthia Phillips, the district’s Executive Director of High Schools, says “What we’re considering the most is a hybrid option which brings students into the building probably twice a week, with online learning three days a week.”

Cedar Rapids Community Schools will be holding four virtual town hall meetings, two each on July 22 and 23. You can sign up for those HERE. The district plans to announce final plans for this fall the following week.

Once the district reveals their plan, families and staff are being asked to let district personnel know what theirs. The district is asking for both staff and families to make the decisions in early August.

The 2020-21 Cedar Rapids school calendar calls for the school year to begin in 41 days, on Monday, August 24. Never has school been scheduled to begin in less than six weeks with so much up in the air. And that goes for thousands and thousands of districts around the country. Godspeed to the executives, staff, families, and students who all face tough decisions ahead.