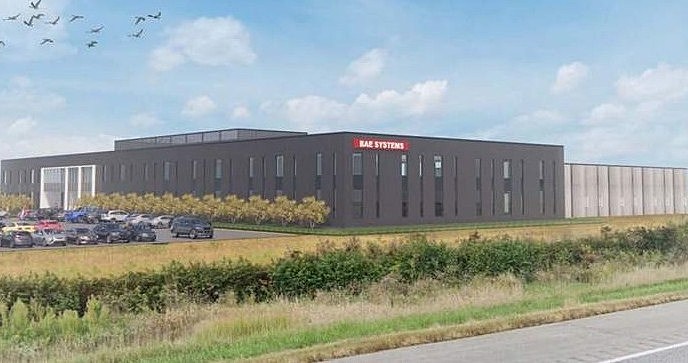 It’s great news when a company that’s in the midst of purchasing a portion of the biggest employer in your city announces they want to keep the jobs here. Combine that with the fact that they also want to build a new $139 million facility, and it becomes one of the biggest pieces of economic news in Cedar Rapids history.

BAE Systems, a British company that describes itself on its website as a “global defence, aerospace and security company,” plans to build a 200,00-square-foot building in Cedar Rapids. The Gazette reports the building would be a “classified defense aerospace facility” and would go up on undeveloped land at the corner of 76th Avenue and Sixth Street SW. It would house approximately 650 workers, most already employed in other facilities in the city.

Seven months ago, BAE Systems came to an agreement on the purchase of the military Global Positioning System portion of Collins Aerospace. The $1.925 billion sale followed regulators with the U.S. Department of Justice telling Collins Aerospace they needed to divest that portion of their business after United Technologies Corporation, the owner of Collins Aerospace, and Raytheon Company merged. The deal has not yet been finalized.

BAE Systems is asking the city to do infrastructure improvements in the area where the new facility would be constructed. They’re also requesting a 20-year property tax exemption of 75 percent. The Cedar Rapids City Council will discuss the request on Tuesday. The Iowa Economic Development Authority must approve the property tax exemption and is expected to study it this Thursday, July 17.

We’re just thrilled that they selected us from a very competitive process and that they are going to build a very large facility that soon will have a great impact on our community in a very positive way as we continue to grow as an aerospace hub. Certainly losing something like this from the Corridor would have been very, very unfortunate for an overall employment level for not just our community, but for the state, so we’re excited about the 650 jobs.

If approved, Ryan Companies will develop the project with construction expected to begin in October and to be completed by September of 2022. BAE Systems currently employees 30,500 in the U.S., second only to their 34,100 workers in the United Kingdom. They employ 85,800 in total.

Cedar Rapids Will Require Face Coverings in Schools and Buses