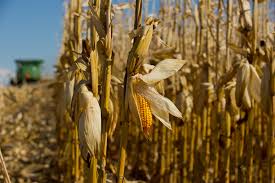 Monsanto, a chemical company, shook up the whole seed industry in 1996. Monsanto announced that it had developed corn inbred lines resistant to its Roundup herbicide so that the herbicide could kill most weeds but not harm the corn hybrids carrying the gene for Roundup resistance. Glyphosate is the active ingredient in Roundup, and now that it’s off patent, many other companies sell glyphosate herbicides.

Also, in a master stroke, Monsanto acquired Holden’s Foundation Seeds. Seed companies that wanted to use their foundation seed and technology paid a royalty for inbred line genetics as well as technology. It wasn’t cheap. Some smaller seed companies sold to Monsanto. Within a few years, Monsanto bought more than 40 seed companies, including Dekalb, and became the largest seed company in the country.

Monsanto changed the seed industry, for better or worse. But it should get credit for contributing to higher yields in corn and soybeans because of the excellent weed control with Roundup Ready crops.

New companies like Bayer, Dow and Syngenta entered the GMO market and started swallowing seed companies that Monsanto could not buy. Stewart Seeds, where I was director of research and a corn breeder, was acquired by Monsanto. Pioneer was bought by DuPont in 1999. More recently, DuPont and Dow Agrosciences merged, and Pioneer is now part of Corteva Agriscience. Monsanto was acquired by Bayer Corp.

A lot of changes are taking place in farming, too. New technologies, new companies and new products are coming to the market every day. We need to keep our eyes and ears open, try different things and be more adaptable to change with new ideas to survive and flourish in the future!

When I was with Stewart Seeds, I had the pleasure of working with Tom Bechman. He visited my plots and we discussed various topics about increasing corn yields. I showed him my nurseries, where I planted at 72,000 seeds per acre to develop the hybrids of the future. That relationship continues today. Besides writing the Corn Illustrated and Breeder’s Journal columns, I consult for the Corn Watch project.

I believe a person should keep his mind and body active. I was 68 when I left Stewart Seeds. I was approached by Leon Bird, who then sold some hybrids I had developed under the Bird Hybrids brand in Ohio. He asked me to help organize his small company, and I became president of Bird Hybrids. Once organized, Bird sold to Denzler Seeds. In 2009, these two companies rebranded as 1st Choice Seeds.