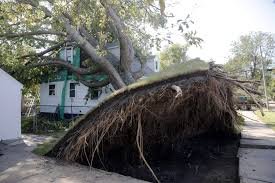 “A nighttime curfew that had been in effect for two weeks following the destructive Derecho on August 10th has been rescinded.”

The news came out on Monday afternoon during a press conference. Greg Smith, Cedar Rapids Fire Chief, was the one that told the media the curfew is now over as the city’s power has been restored.

The curfew that was instated started at Midnight and was lifted every morning at 6 a.m. This was the first time (since I was 13) that I had a curfew that I needed to follow. It’s now over, and there’s no curfew in Cedar Rapids.

For the most part, the Cedar Rapids police were pretty cool about the curfew. They weren’t pulling people over after hours and it was more of an honor system type of situation.

Now that the curfew is lifted, we can try and start getting back to normal here in the “City of Five Seasons.” Let’s just hope we don’t have to deal with something like this for a very long time.

The story indicated the burn ban here in the city will continue due to the warm, dry conditions.