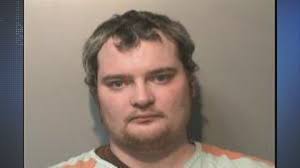 DES MOINES, Iowa — A Polk County jury has convicted a Des Moines man of first-degree murder in the killing of his mother.

Station WHO-TV reports that 33-year-old Christopher Thompson was convicted last week in the death of 50-year-old Paula Thompson, whose body was found March 13 in her home.

Officers were called to the Des Moines home for a welfare check and found the woman dead.

Police later determined she had been beaten to death with a crowbar days earlier after arguing with her son.

Christopher Thompson later turned himself in to police. He is being held in the Polk County Jail until his sentencing on Dec. 18, when he faces a mandatory sentence of life in prison.