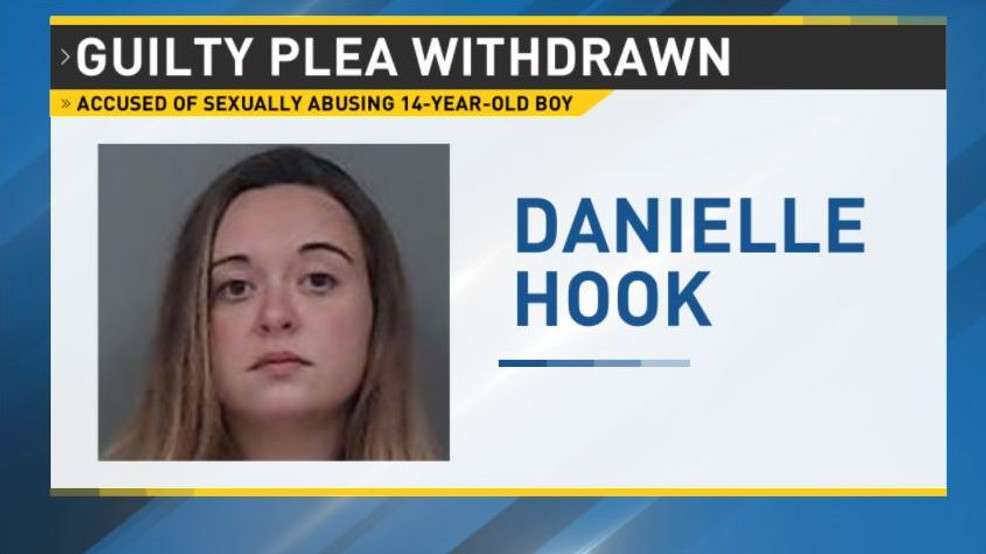 CEDAR RAPIDS, Iowa  — A former Four Oaks youth counselor who pleaded guilty in March to sexually abusing a 14-year-old boy has been allowed to withdraw the plea after learning the deal she had reached with prosecutors wouldn’t be honored.

Danielle Hook, 29, was set to be sentenced on Tuesday when she learned that the judge in her case would not grant her suspended prison sentences after she pleaded guilty in March to third-degree sexual abuse and sexual exploitation by a counselor or therapist, The Gazette of Cedar Rapids reported.

District Judge Chad Kepros said in a filing Wednesday that Hook wasn’t eligible for suspended sentences because she was a mandatory reporter of child abuse and the victim was younger than 18. Kepros said Iowa law would require she serve up to 15 years in prison.

Following a meeting in the judge’s chambers, Assistant Iowa Attorney General Israel Kodagu said he would not resist Hook’s motion to withdraw her plea.

Prosecutors say Hook sexually abused the teen from July 2017 through November 2018, while she was a counselor and in a position of authority over boys at Four Oaks in Cedar Rapids. After Hook was fired, it was discovered the teen had run away and was living with her in Marion and that Hook had given birth to the teen’s baby.

Linn County Overflow Shelter closing at the end of May