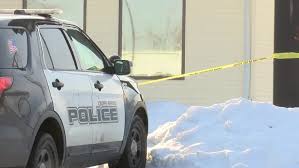 CEDAR RAPIDS, Iowa – A deadly stabbing suspect shot by Cedar Rapids Police over the weekend has died from his injuries.

According to CRPD and the Iowa Division of Criminal Investigation, Arnell States, 38, of Cedar Rapids was shot by an officer while fleeing from the scene at the Rodeway Inn at 4011 16th Ave. around 2 a.m. Saturday. States died in the hospital Tuesday due to his injuries.

States allegedly stabbed two women, including Katrina Brinson, 34, of Cedar Rapids, who died. The other victim, a 32-year-old woman was treated and released from a local hospital.

The victims identified States as the suspect to the responding officer. The officer then chased and shot States as he was trying to escape. He was treated at the scene before being taken to a local hospital where he eventually died Tuesday. An autopsy will be performed by the Iowa Office of the State Medical Examiner.

Per department policy, the officer who shot States remains on paid administrative leave. The officer’s name will be released after they are interviewed by the Iowa Division of Criminal Investigation.