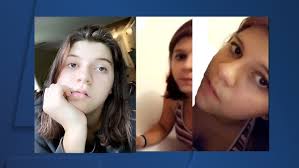 OMAHA, Neb. – The FBI is asking for the public’s help in identifying Jane Doe 43 in hopes they have “critical information” about a child they believe to be a victim of sexual exploitation.

Law enforcement officials say Doe “may have critical information pertaining to the identity of a child victim in a sexual exploitation investigation.”

Doe is described as a white female age 20-30, who is heard speaking English in a video believed to have been produced in October 2019.

An Omaha FBI field office spokeswoman said all agency field offices nationwide are being asked to release the information to try to locate the girl as part of Operation Rescue Me and the Endangered Child Alert Program.

Anyone with information about Doe or her whereabouts is asked to contact call the FBI’s toll-free tip-line at 1-800-CALL-FBI (1-800-225-5324), contact a Crimes Against Children Investigator at your local FBI office, or the nearest American embassy or consulate.