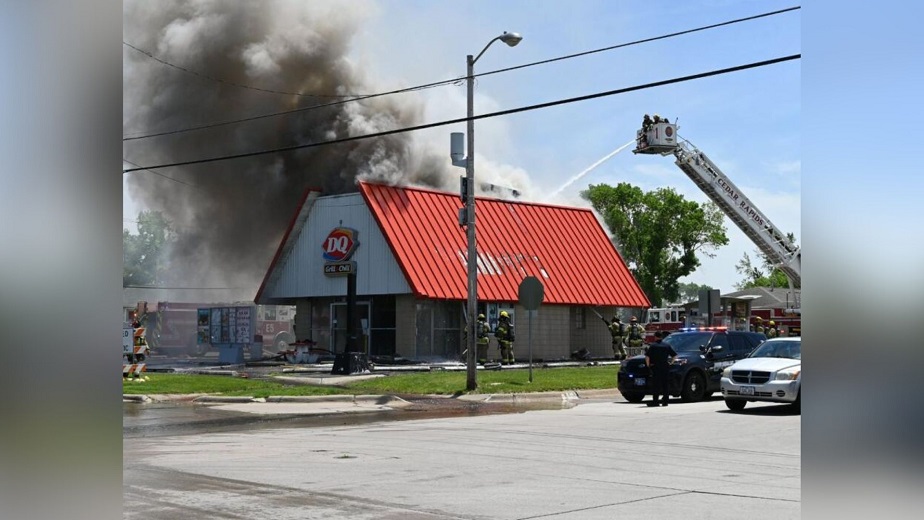 Cedar Rapids, Iowa – The Cedar Rapids Fire Department was sent to the Dairy Queen located at 1237 Wilson Avenue Southwest in response to a report of a possible fire on Wednesday.

When the firefighters arrived, they encountered heavy smoke coming out of the structure. The roof was eventually destroyed by the fire, which reached heights of up to 20 feet in flames.

Because of the massive air handler that was located on the roof, the firefighting crews had to vacate the building and instead tackle the blaze from outside the structure. At around 1:35 in the afternoon, the fire was brought under control.

The fire investigation is still ongoing, but it is believed that the fire began in a piece of equipment.

Reckless driver caused an accident after attempting to elude police