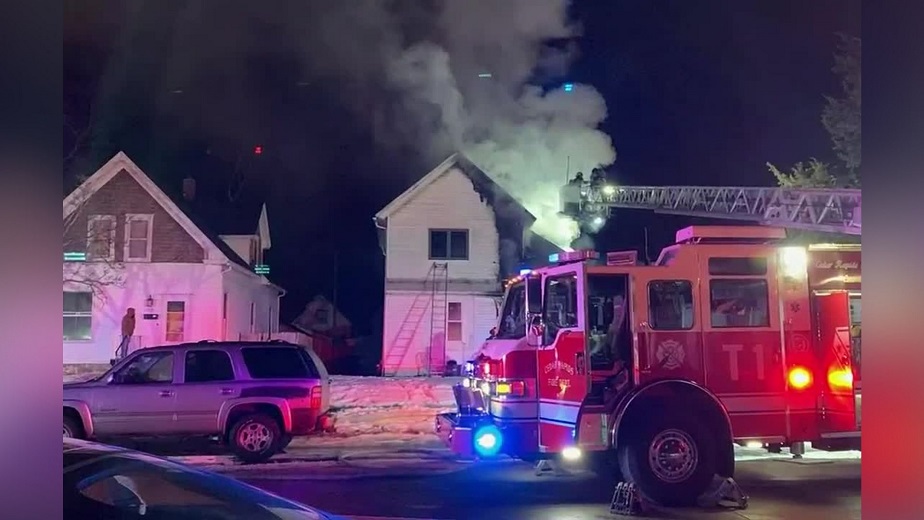 Five people, ages 40 to 65, whose home burst into flames were able to get out of their home in Cedar Rapids, Iowa, without getting hurt. Firefighters were not able to stop the fire from destroying the home.

Crews were sent to the 1500 block of E Avenue northeast in Cedar Rapids shortly before 9 p.m. Tuesday night to put out a fire.

It was smoke and flames coming out of the structure when Cedar Rapids Fire arrived, according to a press release. All of the flames and embers had to be located and put out by firefighters. They had to cut holes in the roof, walls, and siding so that they could do this.

A number of agencies, including the American Red Cross and the Salvation Army, as well as the Cedar Rapids Police Department, Area Ambulance, and Alliant Energy, came to the fire scene to provide assistance.

The cause of the fire is yet unknown.