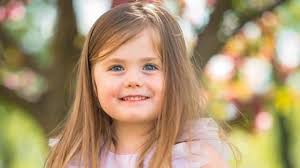 Time finally caught up with 50-year old Melissa Schafer. She is a former Cedar Rapids Jefferson High softball star who has just been charged along with her husband, in the 1999 murder of a Florida businessman.

Cops in Jefferson City, Missouri arrested her and her ex-husband Willam Baer on Thursday, so they’ll be spending their Independence Day behind bars. It’s a place they may soon come to know well.

It’s the kind of story you might see on 20/20 or Dateline, as Baer, a former police detective, was reportedly investigating the victim at the time of the crime.

The victim was a convenience store owner named Saad Kawaf. Guys like him carry a lot of cash, and one night he and his wife were attacked and robbed in their garage at home.

Kawaf was killed and cops now say they have DNA evidence to prove it was Baer and his wife who killed him.

It’s a long way from high school days for Melissa. According to KCRG:

Schafer played softball at Jefferson from 1984-1987, making first-team all-state all four years, before playing two seasons in college at UNI under a full scholarship. Shafer was inducted into the Iowa Girls’ High School Softball Hall of Fame in 2014.

People here who may have known Schafer probably never would have guessed she could be involved in something like this.

If charges are true, and the couple is proven guilty in a court of law, it would mean he and she have been living with this deception for decades. It also makes you wonder have these two done anything else? Is there anything else we should know?