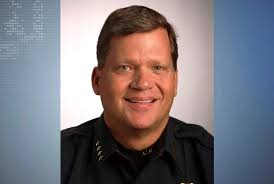 The Cedar Rapids Police Department announced the death of a former police chief.

Authorities said Chief Greg Graham died during a plane crash in Florida on Sunday morning. Graham was chief between 2008 and 2012. He had previously come from the Ocala, Florida Police Department.

The department said in a statement, “Chief Graham had an immediate impact on the Cedar Rapids Police Department and Cedar Rapids community, helping guide rescue and response efforts to the Flood of 2008 when flood waters overwhelmed the community from June 11-13. With a strong focus on community policing, Chief Graham initiated several policing programs including the school resource officer program during his time as Chief in Cedar Rapids.”