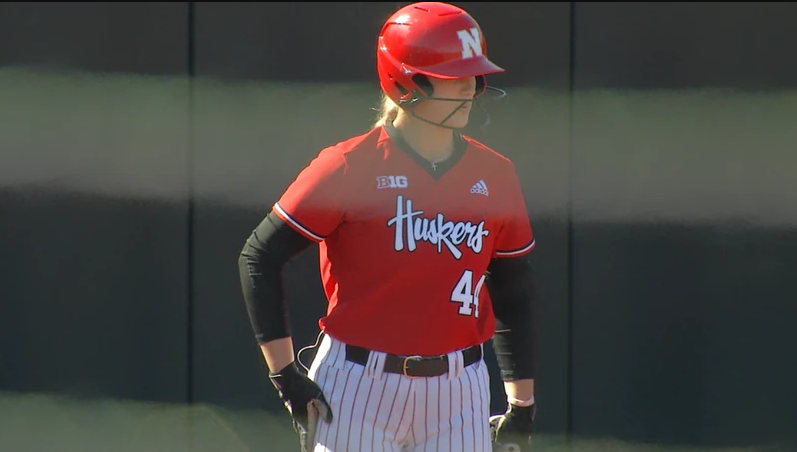 IOWA CITY, Iowa – The last time we saw Kaylin Kinney on a softball field in Iowa, she was celebrating winning the state title in her senior year at Kennedy. Now, Kinney is sporting Nebraska red.

“Yes, I love the red team, the freshmen class, we are super, super close,” Kinney said.

Kinney and the Cornhuskers are in Iowa City taking on the Hawkeyes this weekend for a three game series.

“It feels good to be back in Iowa but at the same time, I mean, it’s kind of like a business trip. We’re here to win some games so that’s the goal,” Kinney said.

With Kinney’s success in high school, it was easy to envision early productivity at the next level, though its taken some time. Thogh the statistics weren’t up to her standards early in the season, the hard work didn’t stop.

“Striving for perfection, knowing that I’ll never get that, it’s something my dad’s always told me,” Kinney said.

As the games this season get more and more important, Kinney’s play gets better and better. Last week, she erupted for three home runs, enough to make her the conference’s player of the week. Kinney credits her embracement of the mental aspect of the game.

Adjusting from being one of the most dominating players in high school to the NCAA level is no easy task, but Kinney’s commitment to the grind is what sets her apart.

Athlete of the Week: Drew Bartels