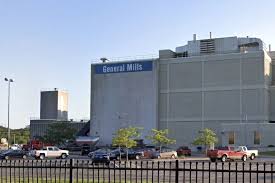 General Mills is planning another multi-million dollar expansion of its Cedar Rapids facility.

According to the Cedar Rapids Metro Economic Alliance, General Mills has gotten approval for an expansion at the factory at 4800 Edgewood Road Southwest in Cedar Rapids. The project was approved by the Iowa Economic Development on Friday, August 21.

General Mills says the expansion would help “existing production flows while investing in new and more efficient equipment, modifications to existing walls to house conveyors, piping ductwork, electrical upgrades, and roof penetrations for structural support.” Just as important is that 50 temporary positions at the Cedar Rapids facility will be transformed into full-time positions. In total, it’s a $37 million expansion.

This will be the second recent expansion by General Mills in Cedar Rapids. Six years ago, General Mills added 41 jobs while investing a total of $60 million while converting a warehouse into a food-grade manufacturing space.

According to the General Mills website, “Over the years, we’ve continued to adapt and evolve our portfolio to serve our customers and drive growth. We’re proud of the portfolio we’ve built, highlighted by eight iconic brands that each represent more than $1 billion in retail sales worldwide.” Those brands are Betty Crocker, Blue Buffalo, Cheerios, Haagen-Dazs, Nature Valley, Old El Paso, Pillsbury, and Yoplait. The company announced in July that 2nd quarter sales increased 16 percent over the 2nd quarter in 2019.