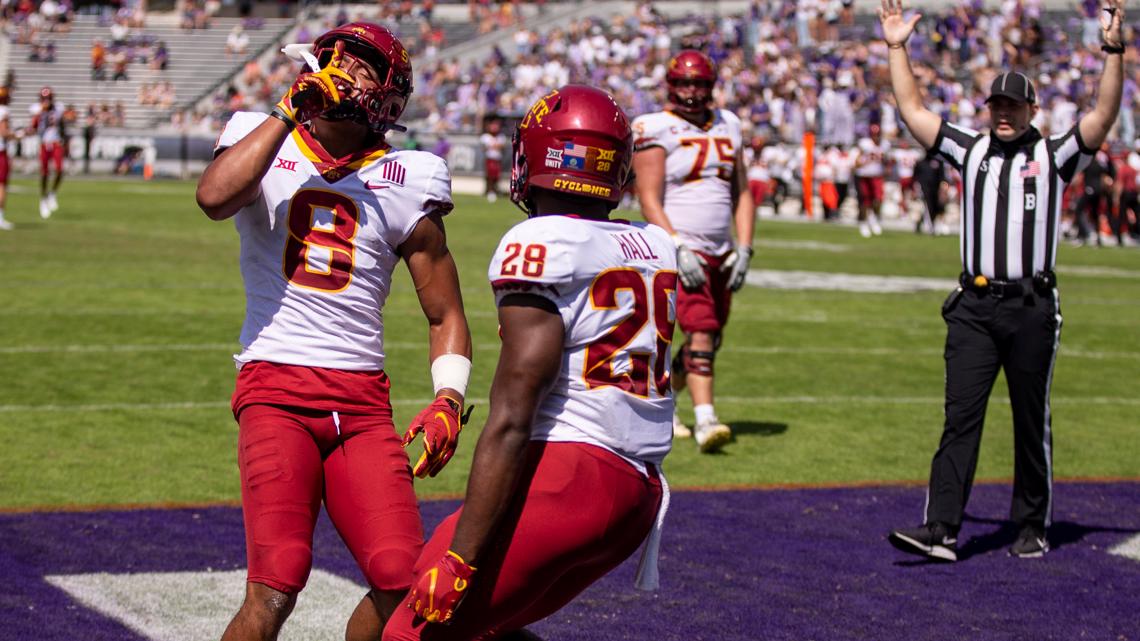 FORT WORTH, Texas — Breece Hall fan for 154 yards and three touchdowns as Iowa State opened Big 12 play with a 37-34 win at TCU.

JaQuan Bailey had 3 1/2 sacks to become the career leader for the Cyclones. He also recovered a fumble after one of his sacks to set up Brock Purdy’s touchdown pass just before halftime.

No tape, no problem for Cyclones