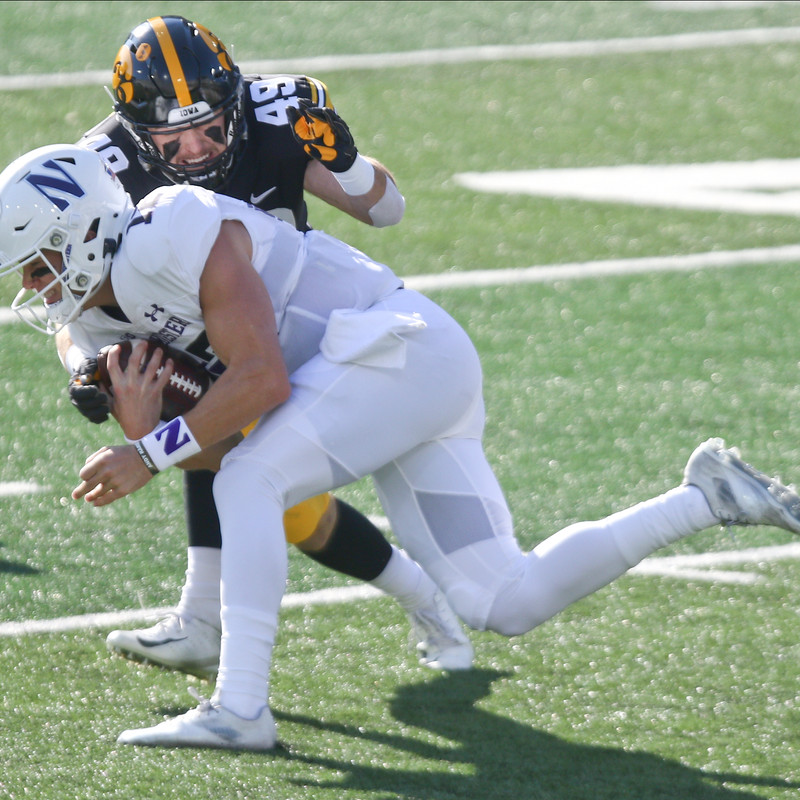 Iowa City, IA — It couldn’t have started much better for Iowa, with a 14-0 lead established less than seven minutes into the game. But after pushing that lead to 17-0, the Hawkeyes would slowly slip away, allowing Northwestern to come back and win 21-20, despite scoring just one time in the second half.

Touchdowns from Brandon Smith and Tyler Goodson got things rolling for Iowa. The Hawkeye offense had a chance to make it 21-0 late in the first quarter, but they settled for a field goal on 4th-and-2 from the Wildcat 3-yard line.

Then, down 17-0, Northwestern got going. The Wildcats answered a short Keith Duncan field goal with a touchdown to cut the lead to 10. They held Iowa to another field goal on the following drive, then marched down the field for another score to cut the Hawkeye lead to 20-14.

Just before halftime Iowa gave Caleb Shudak a shot at a 52-yard field goal into the wind and he had the distance, but it hit the upright, leaving the halftime lead at six points.

Northwestern took its first lead midway through the 3rd quarter and that would end the scoring at 21-20.

Jack Koerner picked off Peyton Ramsey with 8:05 to play in the game, putting the Hawkeyes in striking distance at the Wildcat 36. But on 3rd and 4, Spencer Petras threw his second interception of the game, giving Northwestern the ball right back.

It came down to a final drive for the Hawkeyes starting at their own 18 with 1:25 to play. Petras would run for a first down on 2nd and 10, but on the next play, a hard pass over the middle to Sam LaPorta was picked off, dropping Iowa to 0-2 to start the season.

Defensive line will be group project for Hawkeyes