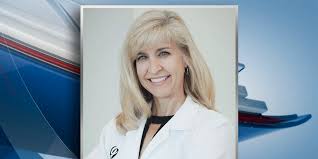 Authorities in eastern Iowa are seeking information on a boat crash in the Mississippi River near LeClaire that killed an Illinois woman.

The Iowa Department of Natural Resources says the collision of two boats on the river happened Sunday evening.

The crash killed 52-year-old Anita Pinc, of Moline, Illinois, an obstetrician and gynecologist with The Group Obstetrics & Gynecology Specialists in Davenport, according to a statement from the clinic.

A 61-year-old man also suffered critical injuries in the crash; investigators say he was in the same boat as Pinc. A woman in the other boat suffered minor injuries.

Kanye West to appear on Iowa ballot as candidate for president

Iowa ‘hurting’ after storm, seeks nearly $4B in disaster aid