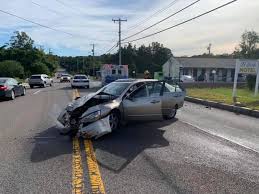 A Marion, Iowa woman is recovering in an area hospital after a car crash Sunday night.

According to Linn County Sergeant Chad Watkinson, emergency crews responded to a crash at Quass Rd and Leslie Ct., around 8:11 P.M.

Watkinson reported law enforcement found a vehicle driven by Candy Havlik, 39, of Marion, was traveling northbound on Quass Rd near Leslie Ct when she lost control of her vehicle and went into the east ditch.

Havlik was transported to a local hospital by Area Ambulance for what are believed to be non-life-threatening injuries.

The accident remains under investigation by the Linn County Sheriff’s Office.

Coggon home a total loss after fire, no injuries reported