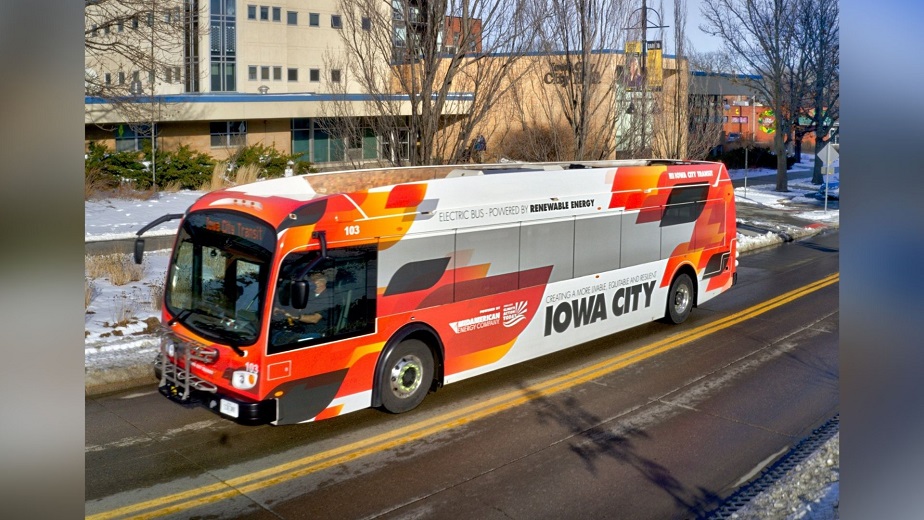 Iowa City, Iowa – It was announced today that the city of Iowa City would be adding four new electric buses to its fleet, which will begin operating on Monday. The buses will be able to drive for more than 300 kilometers on a single charge, according to the manufacturer. They will also operate more silently than a diesel bus, resulting in a significant reduction in noise pollution. The buses are part of the city’s climate action strategy, which includes the use of electric cars as well.

“One of the best, I would say, side effects of using electric power to generate momentum on the busses, and so quiet. You know on board it will be quieter for passengers, those standing at the curbside.” Darian Nagle-Gamm, the Iowa City Transportation Director explained.

Grants from the Federal Transit Administration and the Iowa Department of Transportation helped to support the purchase of the electric buses. The new buses will begin operating on the Downtown Shuttle and Oak Crest Routes in the coming weeks.