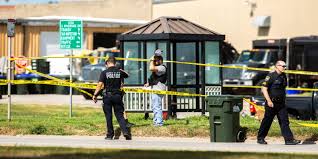 Officers were called to the 700 block of Westwinds Drive for multiple reports of shots fired around 9:40 p.m. on Thursday. Officers found no evidence of a shooting but one witness told them they saw the driver of a silver sedan fire a shot and speed off.

A few hours later, around 12:37 a.m. on Friday, police responded to the 1000 block of Wade Street for multiple 911 calls of an active shooting. A witness also called police saying their car was shot while driving in the area.

Officers found evidence of a shooting on Wade Street and on the witnesses vehicle. At this time, officers say it’s unclear if the two shootings are related. There have been no reports of injuries with either shooting.

There are no suspect descriptions in either case at this time. Officers are actively investigating both cases.

Anyone with information about either of these incidents is asked to contact the Iowa City Police Department at 319-356-5275. In addition, anyone in that area with security cameras is asked to review their recordings and contact ICPD with any potential footage or information.

Iowa City Area Crime Stoppers is also offering a reward of up to $1,000 for information about this incident that leads to an arrest. Crime Stoppers tips can be submitted via the P3 Tips app, online at iccrimestoppers.org, or by phone at 319-358-TIPS (8477).