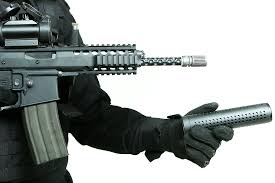 A drug dealer who sold cocaine and guns from his downtown Cedar Rapids apartment has pleaded guilty.

Federal prosecutors say Raven Burkhow entered pleas last week to several charges, including conspiracy to sell drugs, use and possession of a firearm and possession of machine guns, a sawed-off shotgun and a pipe bomb.

His sentencing hasn’t yet been scheduled. Officers who searched his apartment seized 20 firearms, including the machine guns and shotgun; the pipe bomb; cocaine, silencers; and thousands of rounds of ammunition.

Burkhow faces a mandatory minimum sentence of 25 years and a possible maximum of life.