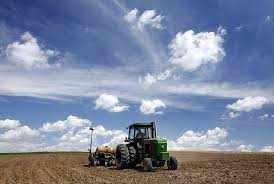 Iowa farmers facing big losses after the bottom dropped out of the food markets due to the ongoing coronavirus pandemic can start applying for federal aid next week, according to The Gazette. Next Tuesday is the first day that farmers can apply for a slice of nearly $16 billion in federal funds.

The funds will come mostly from the CARE Act and will provide payments of up to $250,000 to farmers, ranchers, and producers who can document their loses during the current pandemic. The process opens next Tuesday and farmers can fill out the application found at farmers.gov/cfap. Applications will be accepted through August 28th. The Gazette reports that the USDA has posted this video on YouTube that describes how to apply.

The Trump Administration has also stated that it will spend another $3 billion on produce, dairy, and meat and deliver it to Americans in need. Farmers in Iowa and other states could lose as much as $20 billion due to the pandemic. Sources also say that the current round of financial aid is almost certain to fall short. The Gazette reports that after restaurants closed around the country and meatpacking plants went idle when workers tested positive, many producers dumped eggs and milk because of a lack of demand, and euthanized animals that were supposed to head to slaughter.

Estimates say that the industry will lose $5 billion because of the closed or slowed slaughterhouses. At the beginning of this week, more than 116,000 hogs a day could not be harvested for the food supply.