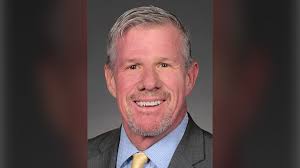 DES MOINES, Iowa — An Iowa state senator faces an ordinance violation charge for allegedly having an undeclared handgun during a screening at Des Moines International Airport.

KCCI-TV reports that Republican Sen. Brad Zaun of Urbandale was cited Friday afternoon. The Des Moines Police Department confirmed that the gun was found on Zaun during his screening. Police say Zaun does have a permit to carry the weapon.

An email message left with Zaun on Saturday was not immediately returned.