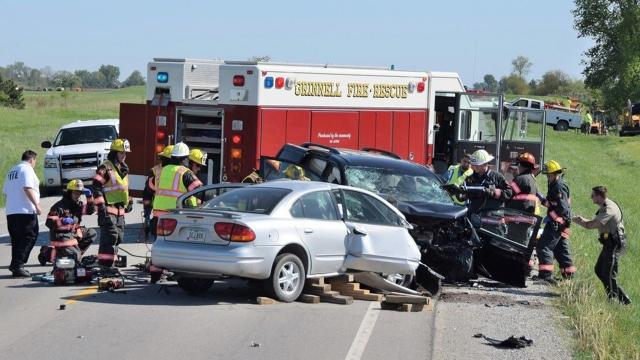 DES MOINES, Iowa (AP) — A Des Moines man who police say was driving drunk has been charged with vehicular homicide after a crash that killed a woman and injured her husband.
Witnesses told Des Moines police that Bertoldo Zuniga, 67, was driving erratically and speeding Thursday night when he failed to stop and hit three vehicles at a stop light, WHO-TV reported.
A passenger in one of the vehicles, Linda Vander Hart, 71, died of her injuries. Her husband, Daniel Vander Hart, 74, remains hospitalized.
A criminal complaint says Zuniga was impaired at the scene and admitted to officers that he had consumed alcohol before driving. His blood alcohol level an hour after the crash was .171, according to the complaint.
Zuniga was charged with vehicular homicide by OWI, vehicular homicide by reckless driving, serious injury by vehicle, OWI 2nd offense, and traffic violations.