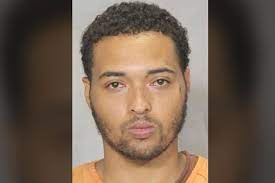 WATERLOO, Iowa – An Iowa man awaiting trial on an attempted murder charge has been charged with killing another man during a robbery.

The Waterloo-Cedar Falls Courier reports that Robert Lee Williams Jr., 32, of Waterloo, was charged Tuesday with one count of first-degree murder in the death of 49-year-old Vincent Hemenway.

Authorities allege Williams was part of a group of men who approached Hemenway and his friends on Aug. 15 while they were working on a vehicle inside a garage and asked to borrow a lighter.

Hemenway volunteered his lighter and then resisted when one of the suspects attempted to walk away with it. At that point, someone opened fire, striking Hemenway.