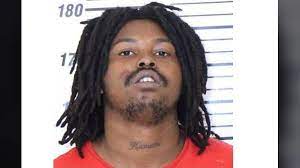 CROWN POINT, Ind.  – An Iowa man has been sentenced to 45 years in prison after pleading guilty in the 2015 death of an Illinois man fatally shot outside a Gary gas station.

A Lake County judge sentenced 25-year-old Dontrall Jer’i Phillips of Davenport, Iowa, on Thursday after accepting his guilty plea to a murder charge under a plea agreement that calls for prosecutors to drop a robbery charge.

Phillips was one of four people charged in the April 2015 shooting death of 21-year-old Donald Fuzzell of Calumet Park, Illinois, during a botched robbery in the parking lot of a Gary gas station.

Mar. 21: More than 15% of Iowans have been fully vaccinated