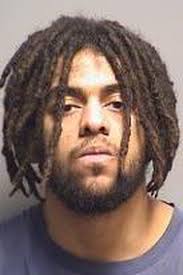 An Iowa man has been sentenced to life in prison for killing his grandmother in 2018.

District Judge Zachary Hindman sentenced Eliot Stowe last week in the beating death of 66-year-old Cheryl Stowe at her rural home in Castana in June 2018, the Sioux City Journal reported. Stowe declined to address the court before he received the mandatory sentence for first-degree murder.

Prosecutors say Cheryl Stowe’s body was found wrapped in a rug and duct tape at the edge of a cornfield near her home on June 27, 2018, a day after her supervisor had asked authorities to check on her.

Prosecutors say Eliot Stowe had beaten her with a baseball bat. His attorneys had argued he was not guilty by reason of insanity and said he suffers from schizophrenia.