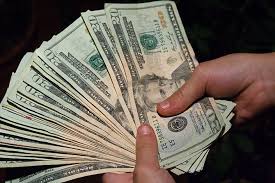 The Des Moines Register reports that Misty and Paul Barnes and their companies, telemarketing firms PM Specialties and Milestone Consulting, were sued in February by the Iowa Attorney General for a range of allegations.

They included calling businesses to demand payment for fraudulent invoices and selling advertisements in fictitious publications.

Court records show the couple made no reply to the suit, leading to Wednesday’s default judgment.

The court also made permanent a temporary injunction filed in April that banned the pair from telemarketing in Iowa.