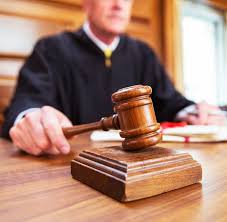 CEDAR RAPIDS, Iowa — A judge has blocked an effort to combine the trials of the two teens suspected of murdering Malik Sheets and two others accused with helping them cover up the crime.

Sheets, a University of Iowa student and Cedar Rapids Washington High grad, was 20 years old at the time of his death.

Investigators says Christian Emedi, 17, and Marshawn Jeffries, 17 shot and killed Sheets at a party in the 1000 block of Regent Street NE in Cedar Rapids.

The shooting happened in June, 2020 but the two suspects were not arrested until September that year.

Two others are charged in the crime. Miguel Ruiz, 25 of Round Lake Beach, Illinois, is charged with obstructing prosecution or defense, accessory after the fact, and two counts of conspiracy to commit aggravated misdemeanor.

He is Jeffries brother.

Anderman, 18 of Cedar Rapids, is charged with perjury and accessory after the fact. According to a criminal complaint, she is accused of concealing and destroying clothing word during the shooting and protecting the two suspects from getting arrested by giving law enforcement false information.

The state had requested to join all four suspects’ trials into one. Emedi and Jeffries already had a joint trial scheduled for November 16.

The defense resisted the motion.

A judge denied the motion in a new court filing this week. Judge Ian Thornhill ruled trying them all together creates a serious risk that Ruiz and Anderman will be prejudiced by the jury.

The judge also says the jury would be forced to “navigate a complex set of instructions on the law in reaching verdicts for four separate defendants on ten separate charges.”

Anderman has a trial scheduled in December and Ruiz has one scheduled for May 24.