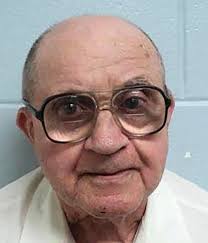 Ivey released a statement on Blanton’s death. It reads:

“While serving a life sentence, Thomas Edwin Blanton, Jr., the last surviving 16th Street Baptist Church bomber, has passed away from natural causes. His role in the hateful act on September 15, 1963, stole the lives of four innocent girls and injured many others. That was a dark day that will never be forgotten in both Alabama’s history and that of our nation. Although his passing will never fully take away the pain or restore the loss of life, I pray on behalf of the loved ones of all involved that our entire state can continue taking steps forward to create a better Alabama for future generations.

“Let us never forget that Sunday morning in September of 1963 and the four young ladies whose lives ended far too soon, but let us continue taking steps forward to heal, do better and honor those who sacrificed everything for Alabama and our nation to be a home of opportunity for all.”

Blanton was sentenced to four consecutive life sentences in 2001, nearly 40 years after the crime that took the lives of Denise McNair, 11, Carole Robertson, 14; Addie Mae Collins, 14, and Cynthia Wesley, 14.

Blanton maintained his innocence but was most recently denied parole in 2016. Two other former KKK members were also convicted of murder and died behind bars.

“Tommy Blanton is responsible for one of the darkest days in Alabama’s history, and he will go to his resting place without ever having atoned for his actions or apologizing to the countless people he hurt. The fact that after the bombing, he went on to remain a free man for nearly four decades speaks to a broader systemic failure to hold him and his accomplices accountable. That he died at this moment, when the country is trying to reconcile the multi-generational failure to end systemic racism, seems fitting.”

“However, what the families of those girls, and the entire community of Birmingham, do know today is that when we come together and demand justice, we can achieve it. At this moment in our nation when we have all come to realize that the journey to racial justice has taken far too long, we must come together. Tommy Blanton may be gone, but we still have work to do.”

US health officials believe 20M Americans have had virus