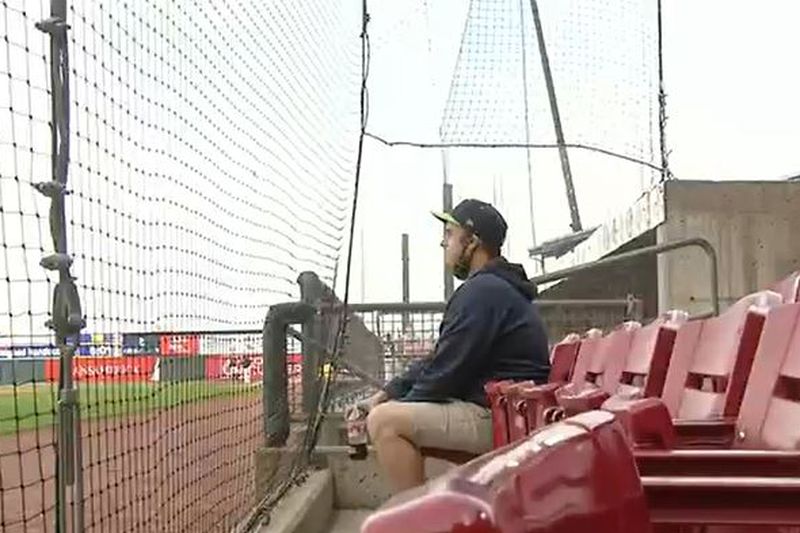 CEDAR RAPIDS, Iowa  – One thing Cedar Rapids Kernels may have noticed since Opening Day: no Jon Jon chasing after bats and balls.

The layoff and covid protocols have been tough on Jon Teig, the Kernels batboy who is out of a job to start the season.

Major League Baseball won’t allow batboys right now, so Jon Jon has to watch the games from the stands right next to the dugout.

“It was hard, that is the major league rules,” Jon Jon said.

“It’s a Major League Baseball decision,” said Scott Wilson, Kernels General Manager. “For the month of May, everything is month by month at this point. We see June loosening up a little bit.”

For now, Kernels players have to take turns playing batboy.

“You know, back to high school days. Gathering up the stuff at first base. What’s another opportunity up and down the steps some of the Stub a toe or get hurt. We just don’t wanna take that risk. I think in the long run that’s where bat boys serve a great purpose,” Wilson said.

This has been hard on Jon Jon he really misses the players and most of all what he is famous for.

“Well, I miss dancing in the clubhouse,” Jon Jon said.

“Oh my gosh. The post-game dances something to be seen,” Wilson said.

Let’s hope Jon Jon, who is the longest-tenured batboy in the league at 19 plus years, can get back to work sometime later this summer.