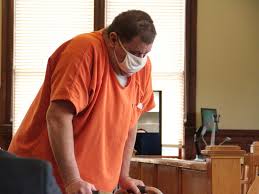 CEDAR RAPIDS — A judge denied a request to lower a $1 million bail for a 17-year-old accused of killing Malik Sheets, who was fatally shot at a party in June.

Sixth Judicial District Judge Mary Chicchelly, in her ruling Wednesday, said the bail set by another judge last month was appropriate for Christian D. Emedi, based on the “severity of the charges.” She noted that his juvenile record was also considered in this ruling.

Emedi was on supervision for another charge in juvenile court and on electronic monitoring at the time he was arrested and charged in this crime.

Emedi and Marshawn L. Jeffries, 16, both of Cedar Rapids, were charged with first-degree murder and obstruction of prosecution, about three months after 20-years-old Sheets was killed June 18.

Police responded to a report of shots being found fired after 5 a.m. at 1058 Regent Ave. NE and found Sheets badly injured inside the house, where a large party had been earlier. Sheets died from gunshot wounds to his neck and chest.

After talking with witnesses, investigators learned Sheets and several others were arguing when two people — identified as Emedi and Jeffries who were armed with handguns, according to the criminal complaint.

Based on witness statements, investigators determined Emedi fired several shots at Sheets and, after Sheets fell to the floor, Jeffries fired several more shots at him, the complaint shows.

Jeffries brother, Miguel Ruiz, 24, drove Jeffries, Emedi and his 17-year old girlfriend to a residence in North Liberty where they took showers, changed clothing and arranged to dispose of the clothing they were wearing at the party, according to the complaint.

Emedi, Jeffries and Ruiz were later found in Gurnee, Ill., and initially denied being at the party. They later admitted they were there when Sheets was shot but denied shooting him, the complaint states.

Police also interviewed the girlfriend, who obstructed officers’ efforts to locate evidence and Emedi and Jeffries, according to the criminal complaint.

The 17-year-old girlfriend may face charges in juvenile court.

Sheets’ father, Carlos Sheets, told The Gazette in July that he knew his son wasn’t causing trouble at the party that night.

A reward through Linn County Crime Stoppers was available but police said there were no tips that led to these arrests. It was just “persistent, focused work” of investigators. Several individuals were not cooperative in this investigation.

Carlos Sheets, in July interview, said his son wanted to help people. His son was a “funny, smart and caring young man” who loved to dance and was an “outstanding citizen.”

His son graduated from Cedar Rapids Washington High School as a salutatorian with honors in math and science, he said. He was on the swim team, played football and ran track and was attending the University of Iowa, where he had recently switched his major to psychology.

“When I hear about these other shootings that are going on, the little bit of my heart that I have left keeps breaking,” Carlos Sheets said.