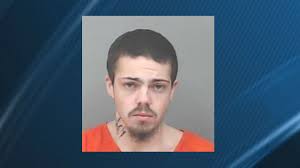 CRPD and the United States Marshals Service arrested Jenkins in a hotel in Aurora, Illinois on March 26.

Jenkins tried to escape through a second-story window, but was arrested.

Jenkins will be extradited to the Linn County Jail for charges of Murder in the First Degree and Going Armed with Intent.

According to the criminal complaint, Jenkins drove from Davenport to Cedar Rapids with a loaded handgun.

When the defendant arrived in Cedar Rapids, he waited outside his ex-girlfriend’s apartment to confront Reginald Ward.

When Ward left, Jenkins allegedly chased him down.

At 3132 1st Avenue NE, Jenkins allegedly shot and killed Ward. After the shooting.

Jenkins was identified by eyewitnesses and surveillance video as the shooter.

Iowa officials: Arrest made in shooting death of Mapleton teen