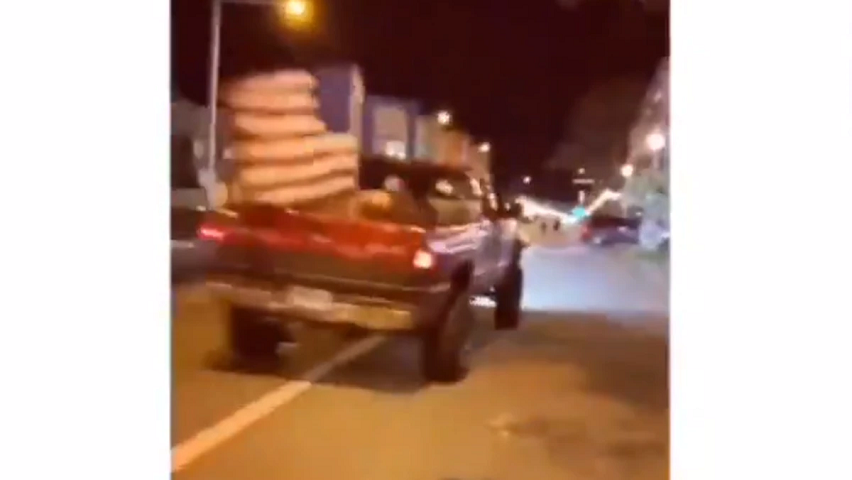 VIRGINIA BEACH, VA.  — A Virginia man was sentenced to three years in jail for brandishing a hatchet and driving his truck toward a group of Black Lives Matter protesters, according to a news report.

Emanuel “Manny” Wilder, 20, was sentenced Thursday and was also ordered to pay $1,856, the cost of his extradition from Florida, The Virginian-Pilot reported. Wilder was arrested in Lake City, Florida, last year after he failed to appear for trial in Virginia Beach.

The incident happened on May 31, 2020 near the Oceanfront boardwalk area in Virginia Beach, where Black Lives Matter protesters gathered to march against the police killing of George Floyd in Minnesota.

In court, Wilder was seen on video shirtless, wielding a hatchet and yelling racial obscenities at the group of protesters. In another video, he was seen driving his red pickup truck toward the group.

Wilder pleaded guilty to all the charges against him, including reckless driving, using abusive language and two counts of failing to appear in court.

Defense Attorney Otis Forbes said Wilder suffered from post traumatic stress disorder stemming from a childhood issue but he wasn’t taking any medication at the time. Forbes also said Wilder went to Florida because he was “homeless” and had nowhere else to go.

Wilder apologized for his actions in court and told the judge he was being medicated and had signed up for therapy.

Forbes asked that Wilder be sentenced to time served but the judge disagreed, saying the defendant was out in public yelling racial obscenities while wielding a hatchet.

“We can not tolerate hatred in the community,” Babineau said.

Copyright 2021 The Associated Press. All rights reserved. This material may not be published, broadcast, rewritten or redistributed.

At least 40 dead due to extreme weather in US