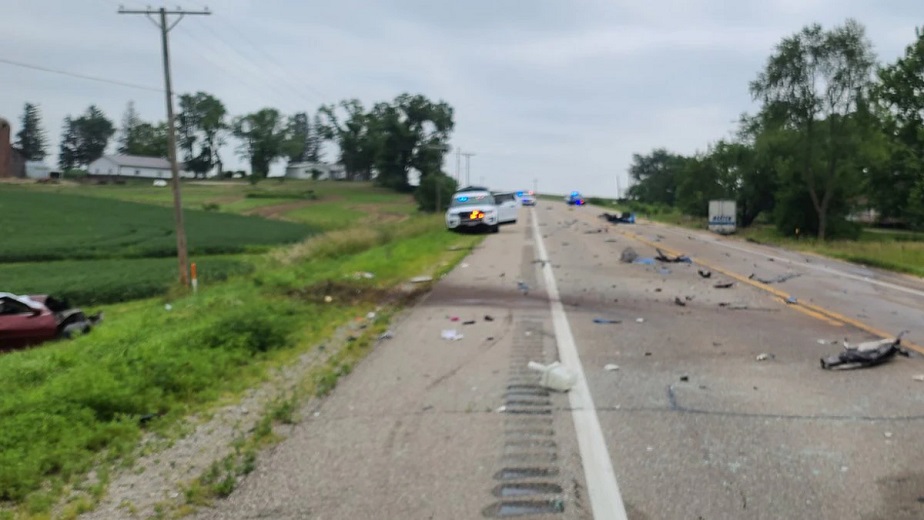 Linn County, Iowa – Victim killed in a crash between a semi-truck and 2004 Toyota Camry south of Mount Vernon on Saturday has been identified by authorities.

The crash occurred around 9:55 a.m. south of Mount Vernon along Iowa Highway 1.

According to deputies, the Camry was travelling southbound and it crashed with a northbound semi-truck after it crossed the road’s centerline.

The collision left 22-year-old Kyle Goodell, who was a single occupant in the car, dead.

No other injuries were reported.