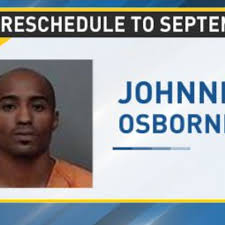 CEDAR RAPIDS, Iowa — The Cedar Rapids man charged with killing his pregnant girlfriend and injuring a second woman now has his trial rescheduled for September.

Authorities believe Osborne shot her and her friend Keonna Smith that morning.

The suspect fled the scene and was arrested later that morning at the Rodeway Inn.

His trial had been originally scheduled for late January, but a filing last Friday reschedules it to September 13, 2021 at 9 a.m. at the Linn County Courthouse.

The trial is estimated to take two weeks.