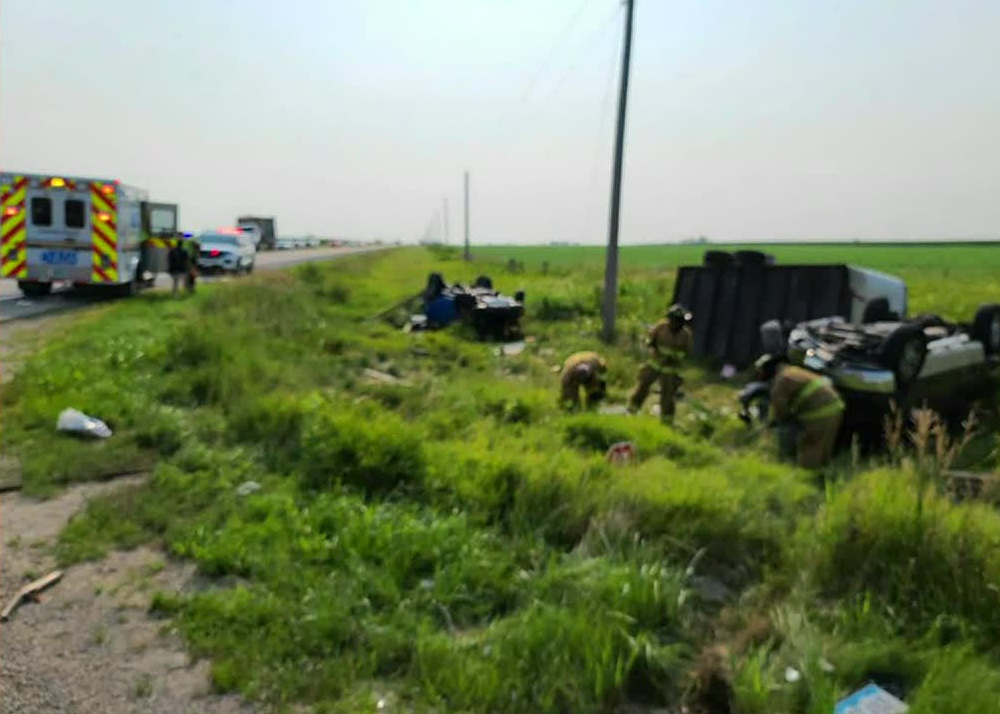 Cedar Rapids, Iowa – The name of the person killed in a two-vehicle accident between Alburnett and Central City has been released by law enforcement officials.

According to the Linn County Sheriff’s Office, 62-year-old Larry Hullermann of Waterloo, was killed in the crash.

Deputies and other emergency responders were dispatched to a report of an accident near the intersection of Alburnett Road and Central City Road at 8:39 a.m. on Monday. According to officials, a southbound vehicle on Alburnett Road failed to stop at a stop sign and crashed with Hullermann’s eastbound vehicle.

According to deputies, Hullermann was pronounced dead at the scene. The driver of the southbound car was transported to Mercy Medical Center in Cedar Rapids for treatment of non-life threatening injuries.

Investigation about the accident is ongoing.

Anniversary of derecho to be marked in Marion