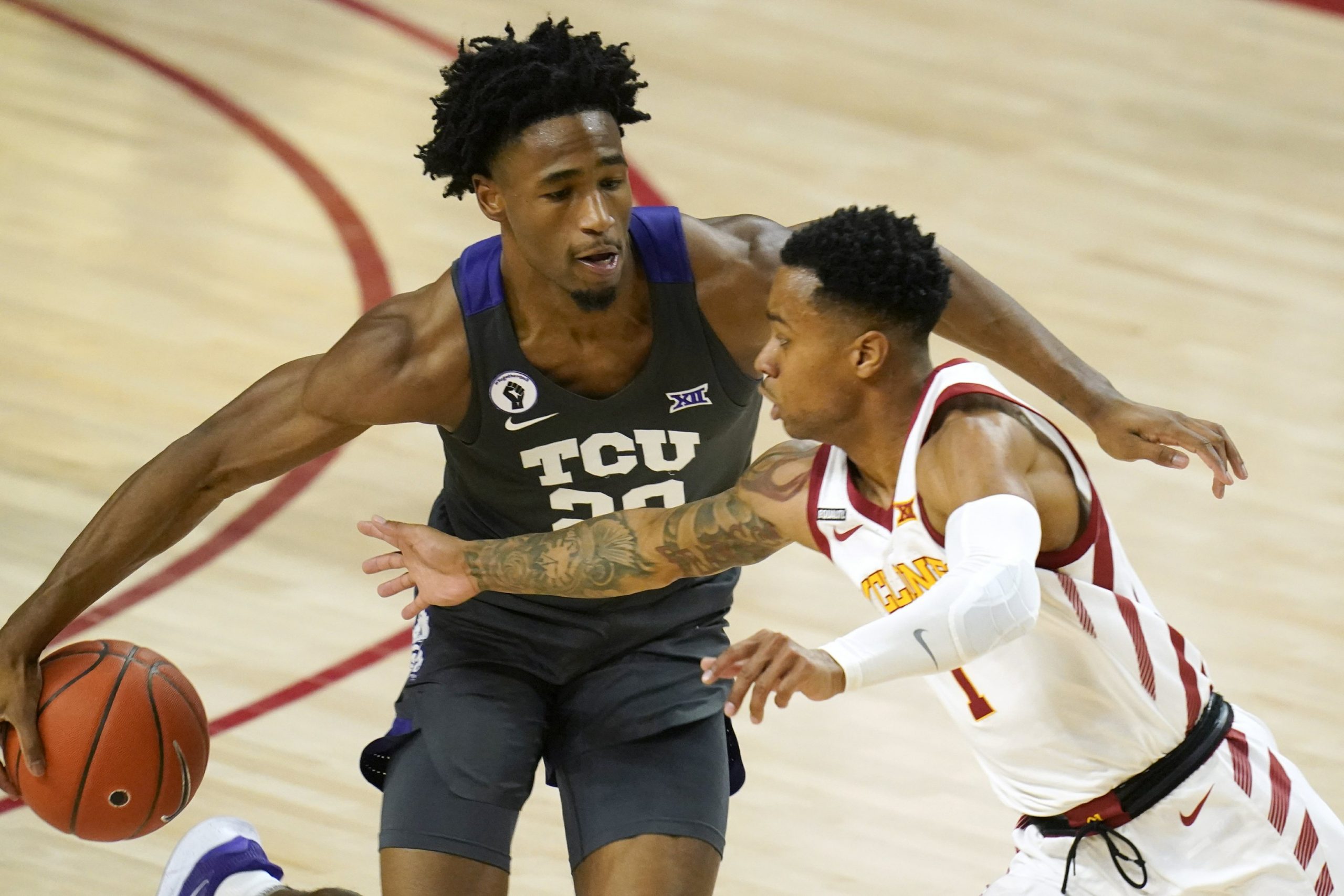 AMES, Iowa — RJ Nembhard scored 11 of his 19 points in the final seven minutes, and TCU snapped its three-game losing streak with a 76-72 win over Iowa State on Saturday.

Mike Miles added 19 points for TCU, including a driving layup with 23 seconds left that made it 72-68. Chuck O’Bannon Jr. had 11 points and Kevin Samuel scored 10.

Iowa State’s second-half rally came without Rasir Bolton, the Cyclones’ leader in points, rebounds, assists and steals. He injured his right ankle late in first half did not play after the break.