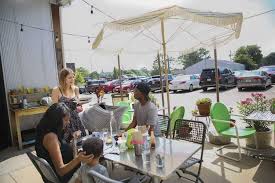 Creators of a new mobile app say they are looking to help restaurants in eastern Iowa rebound from the COVID-19 pandemic, while also giving discounts to patrons and supporting local nonprofits.

Matt Roling and his brother Nick co-created City PERK$, an app that has various discounts to 27 restaurants and other businesses in Cedar Rapids, such as the Map Room, Fong’s Pizza and Vivian’s Soul Food.

The app initially launched in the beginning of May, but Rolling said it was a slow start due to COVID-19 restrictions. Things are picking up now, with new businesses added daily. The goal is to add businesses from Iowa City and the rest of Linn and Johnson counties.

“When the pandemic hit, I saw a lot of restaurants and bars and pizza places and stuff like that that were struggling and weren’t really sure how they were going to survive with the county shut down,” Roling said. “I kind of took that and combined it with another thing that I was approached with in the winter time. Someone came up and asked me if I wanted to buy one of those coupon books for a high school sports team fundraiser. … So I approached my brother with the idea of creating a mobile app where we can help out local businesses.”

It costs $20 per year to join City PERK$ and have access to the deals. There will also be gift card giveaways for people who subscribe.

Starting this month, part of the proceeds every month will be donated to a different charity or nonprofit. The first organization City PERK$ is donating to is Green Square Meals, an evening meal program in Cedar Rapids.

“We also wanted to try and give back to the community as much as we could in that process,” Roling said.

Roling said it is free for restaurants and other businesses to join. There’s a “list your business” option on the app, or businesses can email info.cityperks@gmail.com.

Trainer Keith Hodges uncovers the evolution of his brand